Land of the free, because of the brave.

Damn, it feels good to be American. 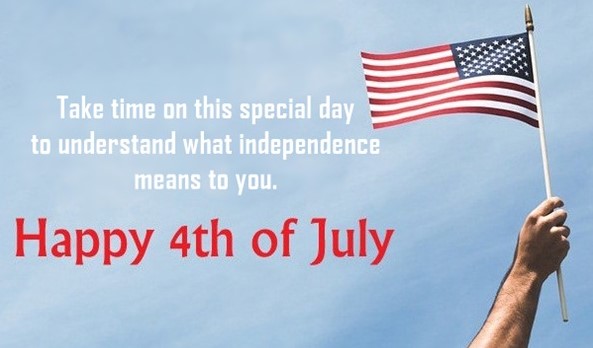 “This nation will remain the land of the free only so long as it is the home of the brave.” — Elmer Davis

“He makes me melt like a popsicle on the Fourth of July.” — The Little Rascals

“Raisin’ my glass, to that kickin’ ass for our freedom”

“I’m just like my country — I’m young, scrappy, and hungry, and I am not throwing away my shot.” –Hamilton

Give me liberty or give me death.

It doesn’t need to be rewritten, it needs to be reread.

“Man, we lit up your world/Like the Fourth of — Toby Keith

“If it involves fireworks, summer nights, barbecues, diet coke, and freedom — count me in.”

“I like my coffee black and my tea in the harbor.”

Freedom has a nice ring to it. And a bit of recoil.

One flag, One land, one nation evermore.

I am proud to be an American.

One flag, one land, One heart, One hand, One nation evermore.

“My favorite thing about the United States? Lots of Americans, one America.” – Val Saintsburt

“Thankful for the men and women who’ve fought tirelessly for our freedom.”

“The land of the free and the home of the brave.” 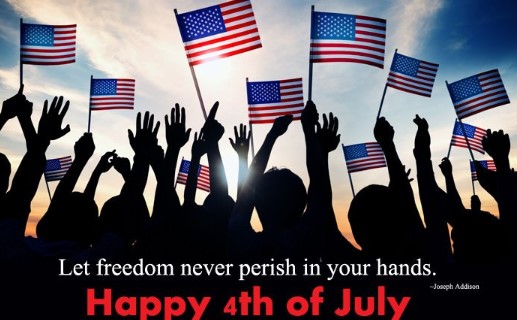 Liberty is the breath of life to nations. -George Bernard Shaw

Where liberty dwells, there is my country. -Benjamin Franklin

“Freedom is nothing but a chance to be better.” -Albert Camus