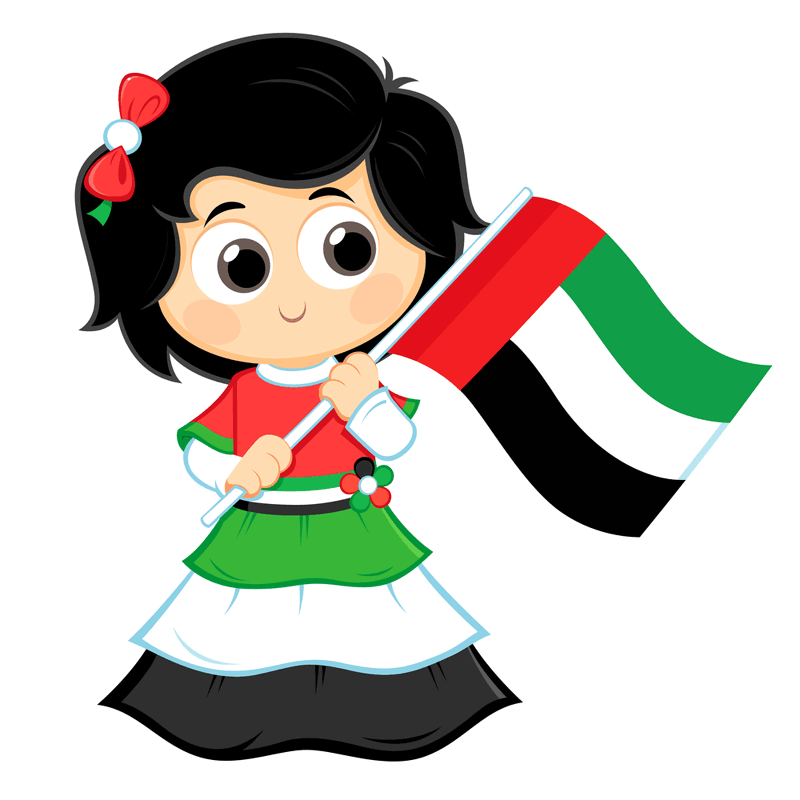 Independence Day is a blessing of Allah. Everyone in this world wants to live like a free man. A home country will always in your heart. Where ever you will go in the world, you will miss your country. Every country in the world has a fixed date to celebrate its Independence Day. People ask every time that, when the UAE national day? UAE Independence day is also celebrating throughout the United Arab Emirates every year as National Day on 2nd December. UAE national day (اليوم الوطني الاماراتي 2020) has also a history in it when this gulf country came on the map of the world in 1971. 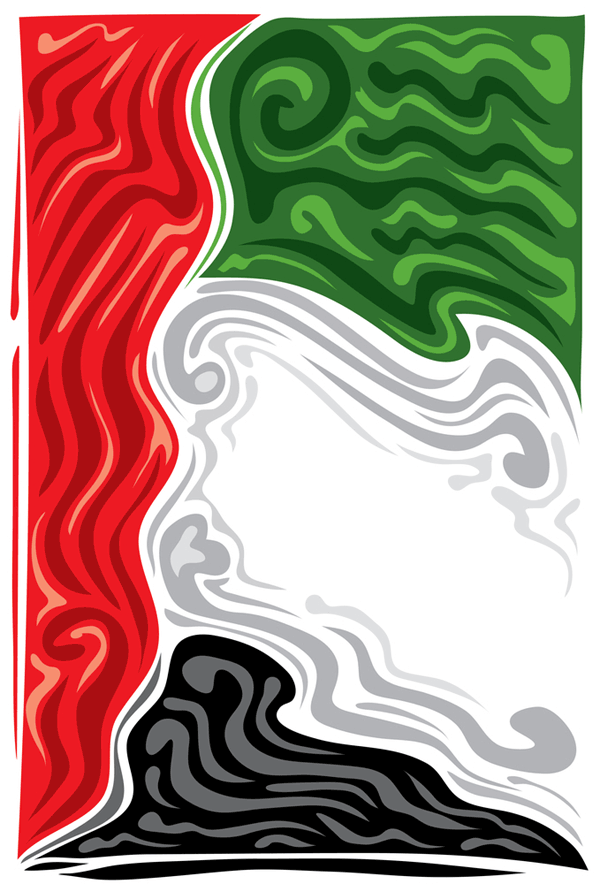 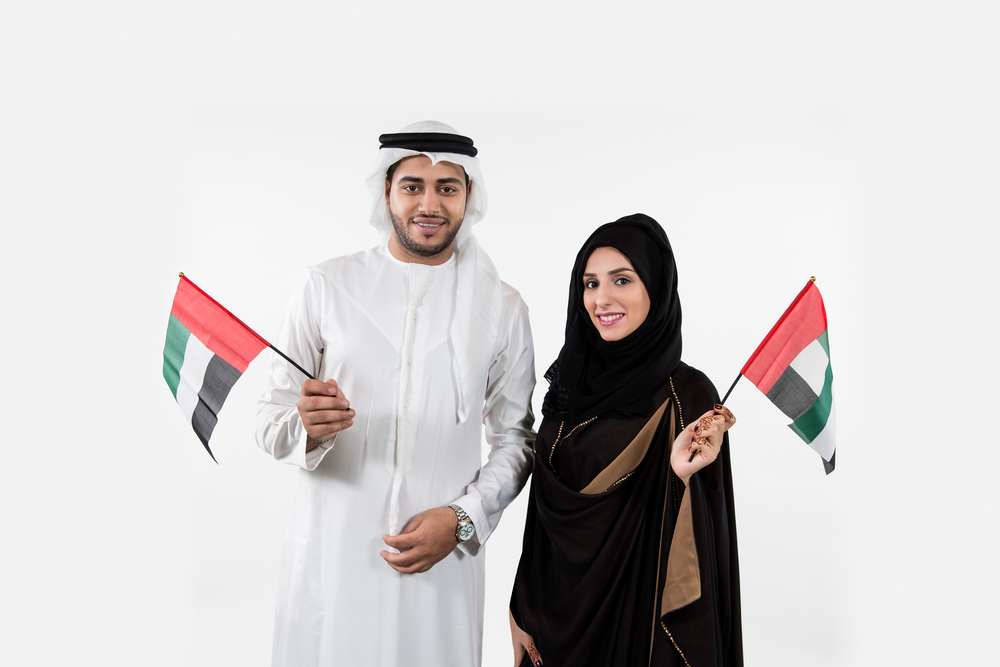 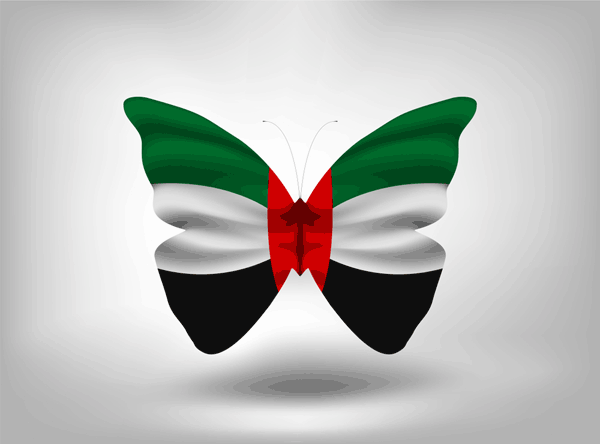 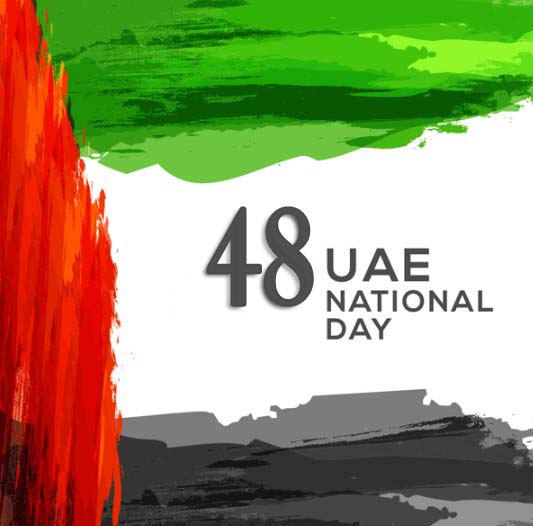 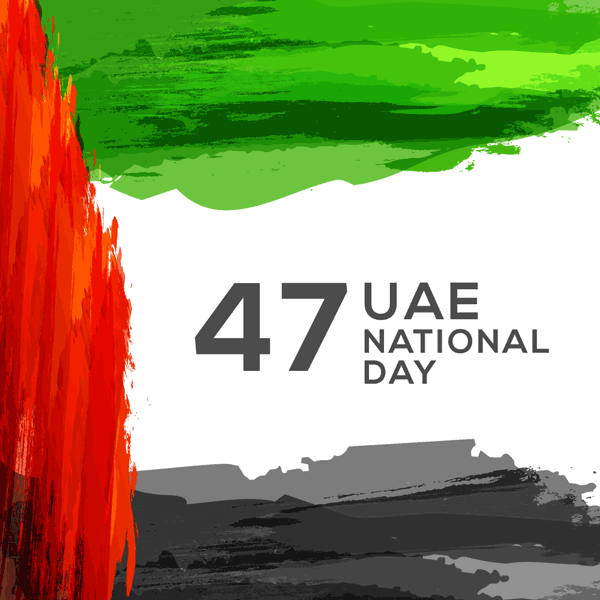 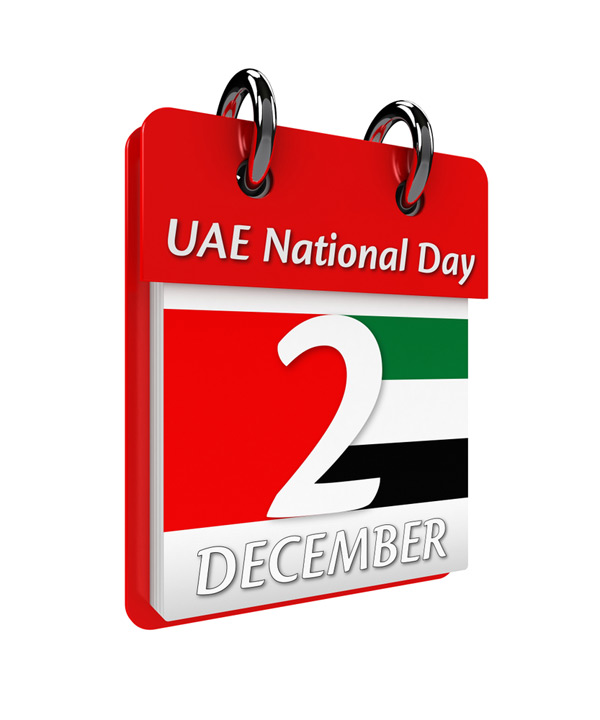 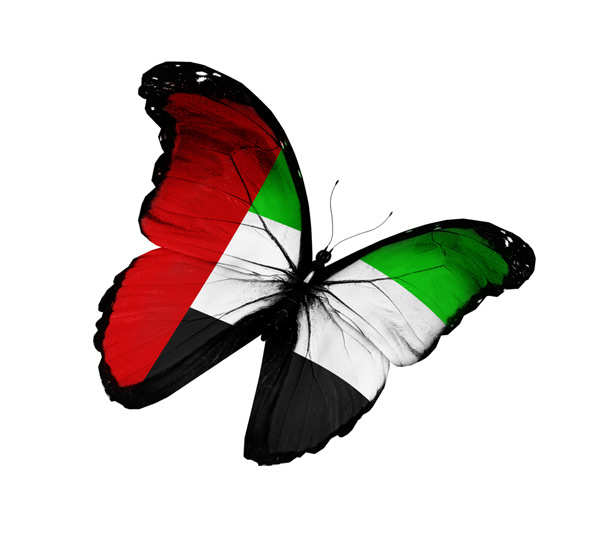 National Day is a designated date throughout the world on which the celebrations mark as the nationhood of a nation. The UAE, United Arab Emirates became independent on 2nd December 1971. At that time six Estates/Emirates announce under a Federal Constitution to be united as the United Arab Emirates. These six estates’ names are Abu Dhabi, Dubai, Sharjah, Ajman, Umm al-Quwain, and Fujairah. The UAE national day (اليوم الوطني الاماراتي 2020) is basically a celebration of the union of the six estates while Ras Al Khaimah joins these six estates on 10th Feb1972. Now UAE has total of seven estates. These seven estates combined to form a worldwide modern country, headed by Sheikh Zayed bin Sultan Al Nahyan, the federation’s first president. 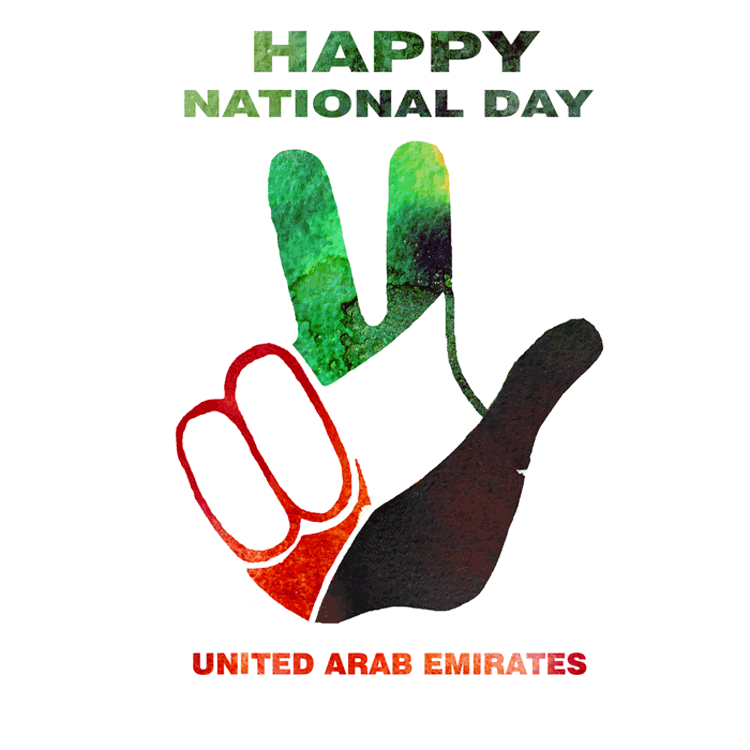 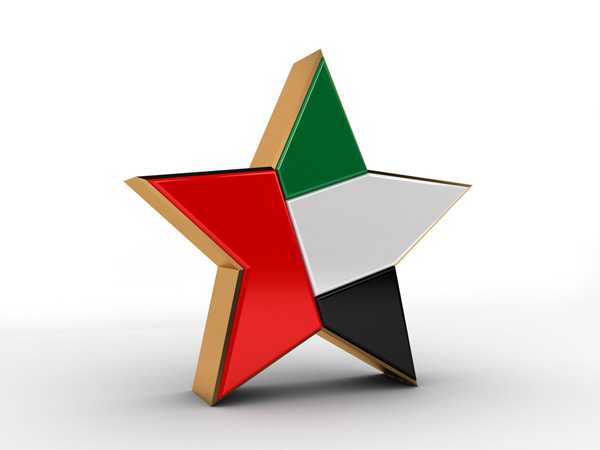 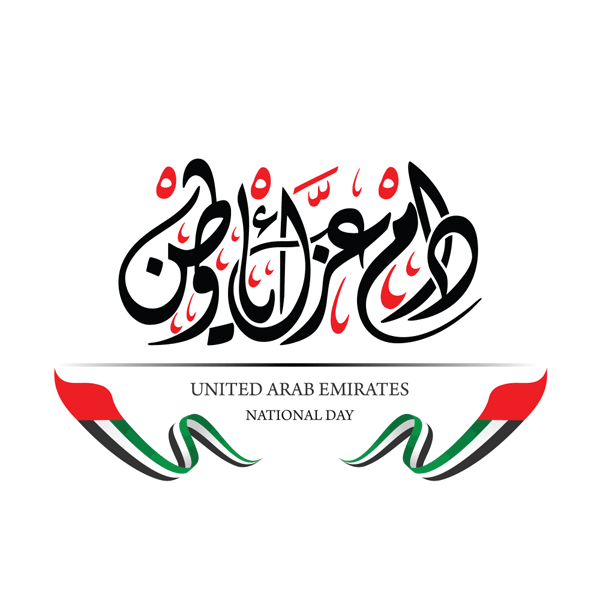 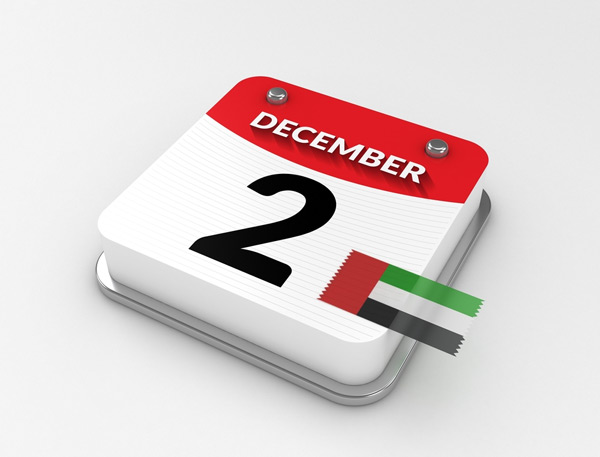 UAE Nation celebrates the national day as UAE Union day on 2nd December every year. The UAE National day 2020 not celebrating as a memory of the nationalization of the British Protectorate Treaties which declared in 1968, instead it is a union day for the whole UAE Nation. 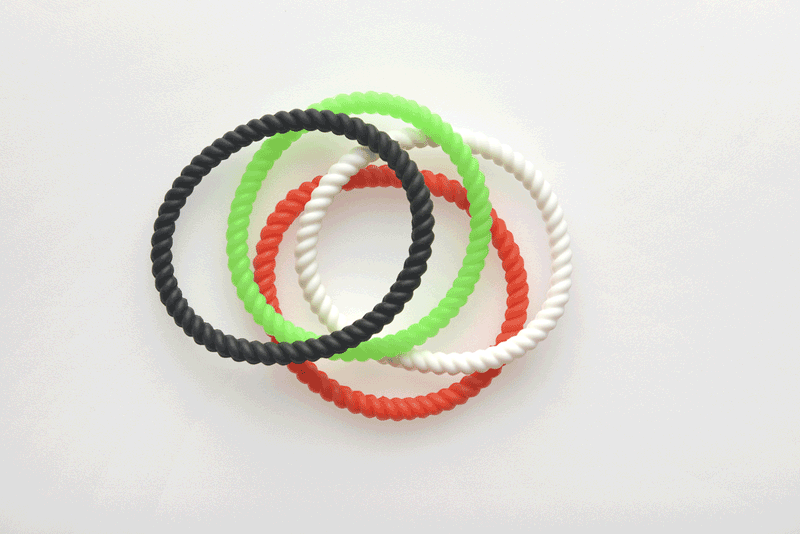 The complete story of the early days when these seven estates finally decided to combine as the United Arab Emirates. Emirates federal constitution was approved on 1st December 1971. In the coming morning on 2nd December 1971, the seven rulers met each other in a hostel in Dubai. The six estates at that time decided to unite under a constitution of the union while RAK ruler was not agreed at that time.

Sheikh Zayed was appointed as a foreign minister and he declared to the media about the union official. They also raised a flag in the hostel in Dubai which is well known today as “House of the Union”. His Highness Sheikh Zayed bin Sultan Al Nahyan was the 1st official president of the union & Sheikh Rashid was elected as Vice President of the Union.

The United Arab Emirates (Arabic: علم الإمارات العربية المتحدة‎‎) flag has three colors in it which are red, black, green and white. The four different colors of the flag symbolize Arabian unity. This flag was adopted on 2nd December 1971. 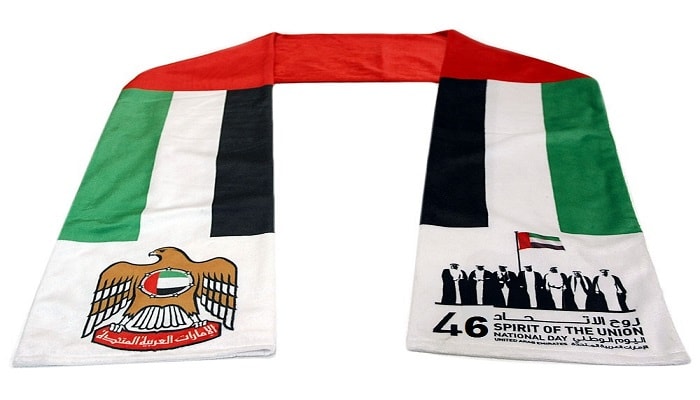 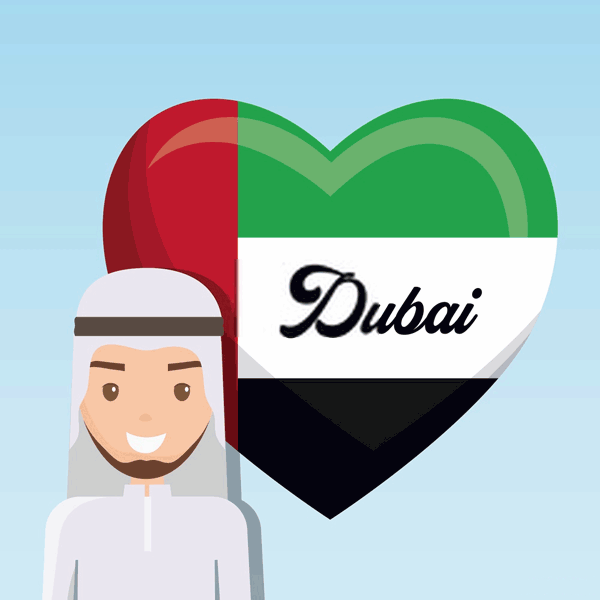 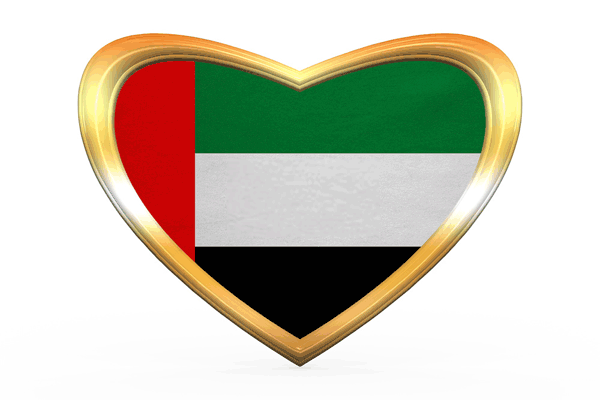 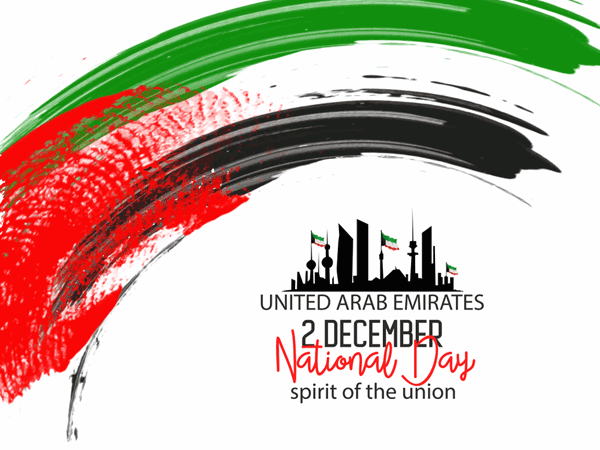 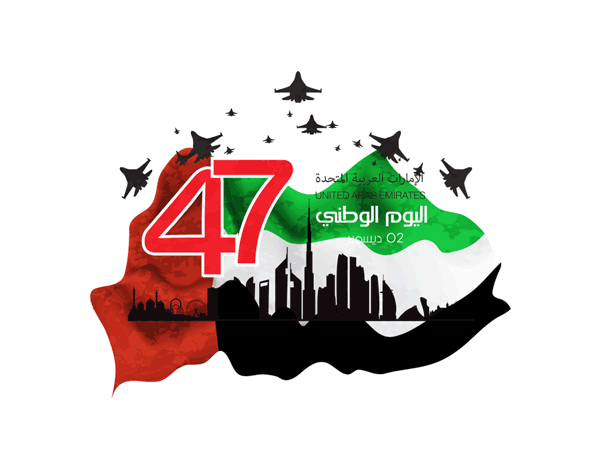 In 1958, upon the death of Saeed bin Maktoum Al Maktoum, Sheikh Rashid bin Saeed Al Maktoum became Ruler of the UAE. Rashid al Maktoum is extensively regarded as the driving force behind the development of Dubai, causing its immense expansion, with the benefit of the finding of oil. 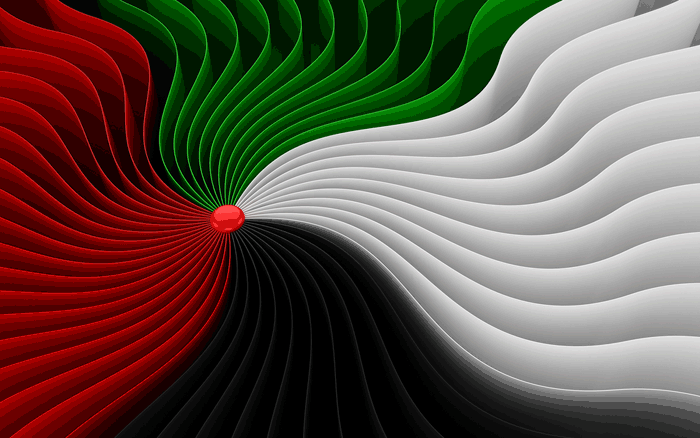 All the seven Emirates celebrate the UAE national day (اليوم الوطني الاماراتي 2018) with passion and love with their home country. There are a lot of celebrations and events on this day every year. 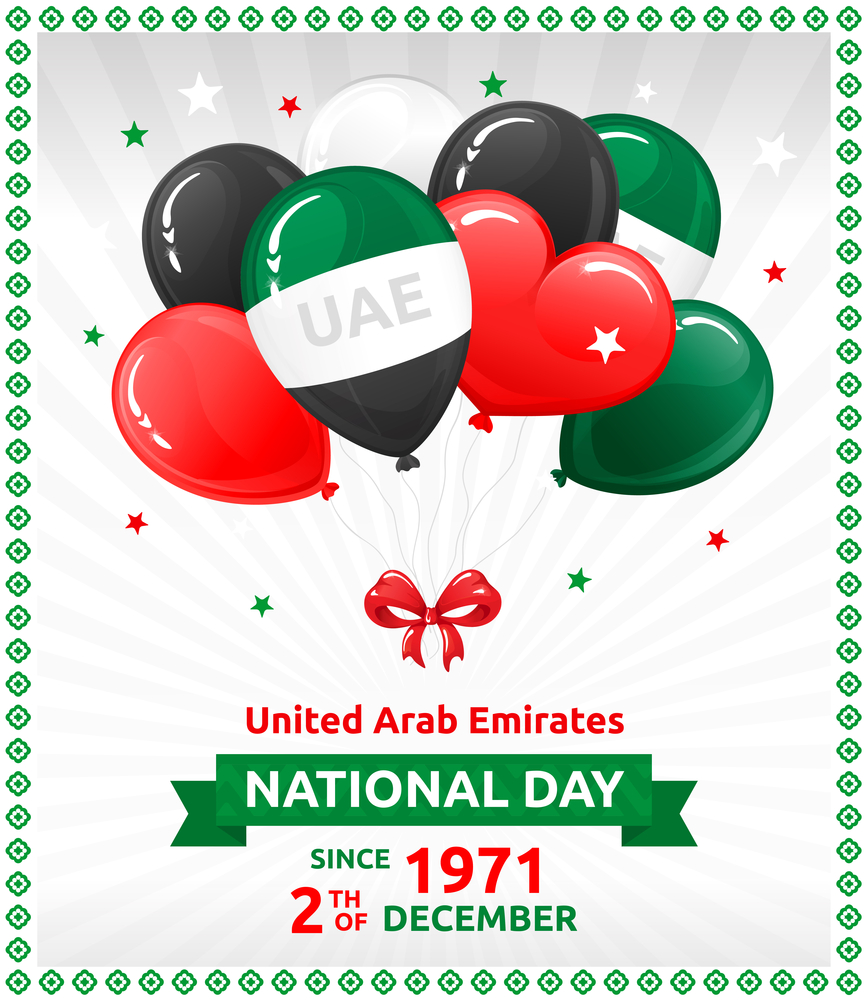 Below are some useful quotes for UAE Independence Day 2020

We celebrate the bravery of our ancestors and their gift of freedom. Long may our flag wave! Happy Independence Day!

Freedom in our mind, faith in the words, pride in our souls. Let’s salute the great men and women who made this possible. Happy Independence Day!

“Let’s take this day to think about of our past and resolve to build a better future for our country. Wishing you a Happy Independence Day!” 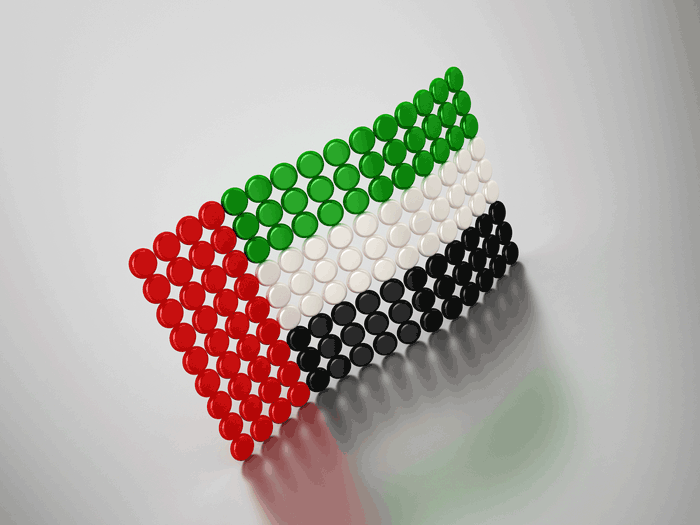 “Future generations will be living in a world that is very different from that to which we are accustomed. It is essential that we prepare ourselves and our children for that new world.” – The Late Sheikh Zayed bin Sultan Al Nahyan, First President of the United Arab Emirates and ‘Father of the Nation.’

“Everybody starts small. We all begin life as a single cell. Every business starts as one person with an idea. How fast you go, how far you get, is in your hands. The bigger your vision, the bigger your achievement will be. Will you stumble on the way? Perhaps, but we cannot let fear keep us small. We have to be brave to be big.” ― H.H. Sheikh Mohammed bin Rashid Al Maktoum, Vice President and Prime Minister of the United Arab Emirates, and Ruler of Dubai.

“Human capital is the real wealth of this country, before and after oil…Serving the interests of citizens is the goal that we strive for every day. Building human resources is central to comprehensive social and economic development.”
– Sheikh Khalifa bin Zayed Al Nahyan, President of the United Arab Emirates, the Emir of Abu Dhabi and the commander of Union Defense Force.

“Education is a true measure of the progress made by states to attain success and excellence in the field of investment in human capital, including women. An educated human, man or woman, is the basis of civilisation and the axis of advancement and progress.” – H.H. Sheikha Fatima bint Mubarak, Chairwoman of the General Women’s Union, Supreme Chairwoman of the Family Development Foundation, President of the Supreme Council for Motherhood and Childhood and Mother of the Nation.

“Change or you will be changed: leaders who neglect the good of their people will be forsaken. Leadership is a service, not a gateway to privilege.” –  H.H. Sheikh Mohammed bin Rashid Al Maktoum, Vice President and Prime Minister of the United Arab Emirates, and Ruler of Dubai. 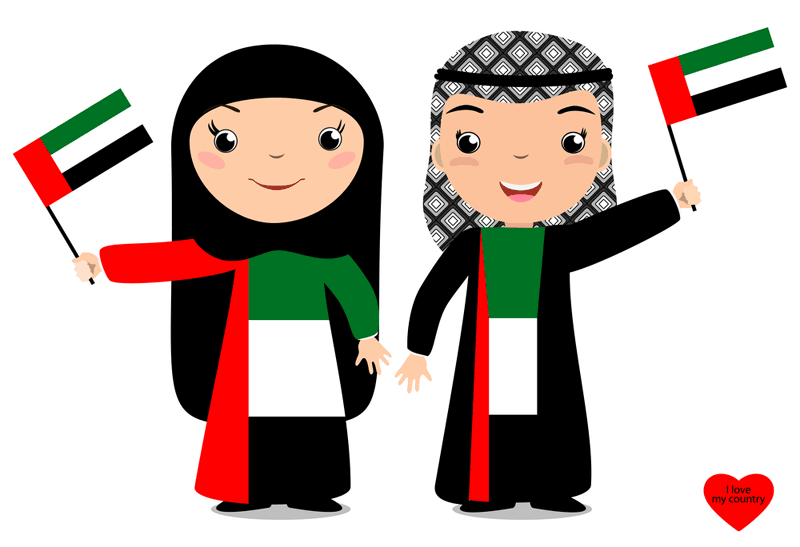 Let us cherish and celebrate the glory of our country together. Let us pray that the culture, integrity and the unity of our country live longer. Congratulations on the UAE National Day celebrations.

“I feel proud and honored to be a part of this great country. Congratulations on the National day of our motherland.”

“Always be proud and happy to be a part of this country. It is such a special day; it is our UAE National Day. I am sending my congratulation wishes on your way.”

“May our great nation prosper and grow each day. Wishing you congratulations on the UAE National Day.”

“Let us celebrate the national day of our motherland in a way so grand. With a patriotic heart, let the essence of this day always stay close and never be apart. Happy UAE national day.”

Below are good for text messages or SMS for Independence Day.

It makes my heart beat with pride, to see the colors of Independence Day spreading happiness and great joys all around. Happy National Day.

Always be proud and happy to be a part of this country. It is such a special day; it is our National Day. I am sending my congratulation wishes on your way.

Thousands laid down their lives so that our country breath this day Never forget their sacrifice, Happy National Day to all.

I am pleased and honored to be part of this peaceful and free nation. Here’s wishing everyone a safe and happy Independence Day celebration.

The labor of our past leaders should not be in vain. As we rejoice today, let’s remember them and pledge to always strive hard towards upholding the freedom and unity they fought for. Have a wonderful Independence Day.

Your contribution towards moving the country forward is very important. We need to be mindful of how our actions and in-actions affect other people’s well-being. Have a fun filled celebration.

May the flag of our country always fly high and higher as we mark our [insert year] Independence Day.

Today marks our nation’s [insert year] Independence Day, we need to change our attitude towards others, say no to corruption, and give every citizen a sense of belonging, doing these things can build and sustain the kind of nation our past heroes dream of and laid down their lives for 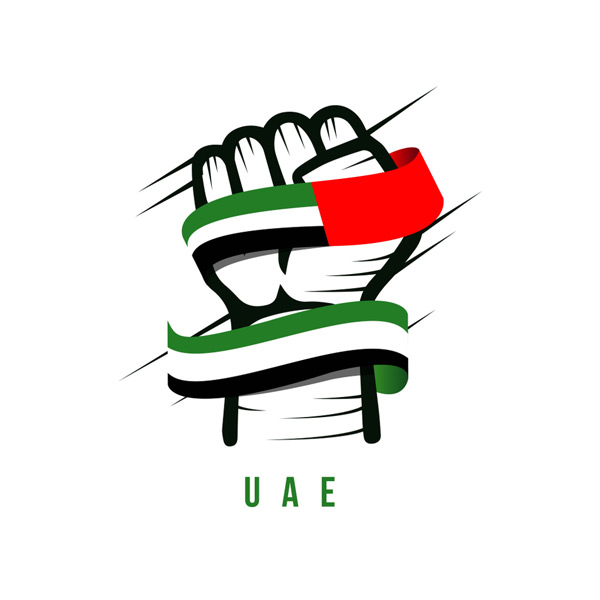 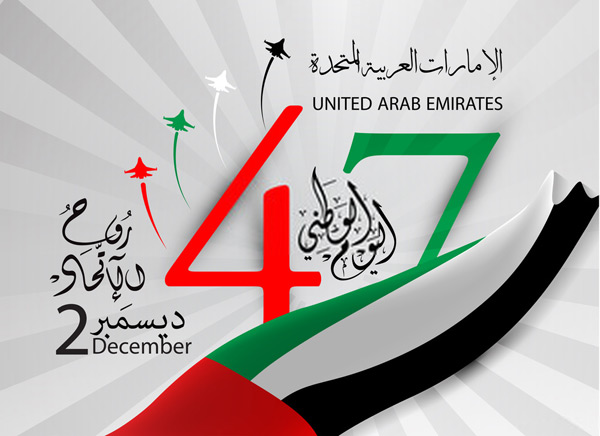 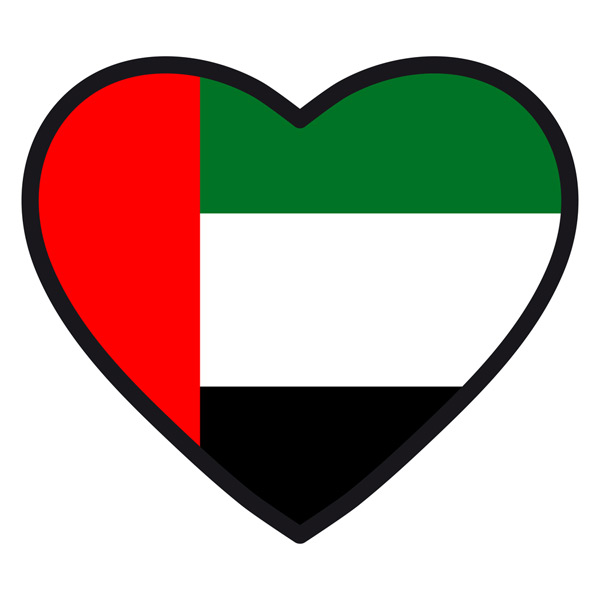 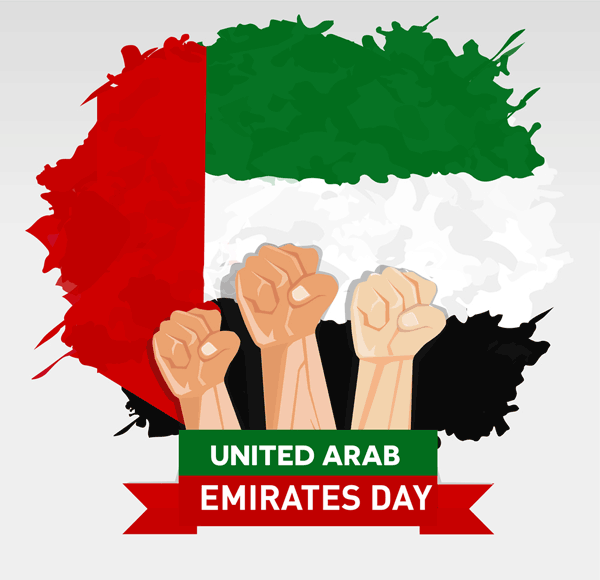 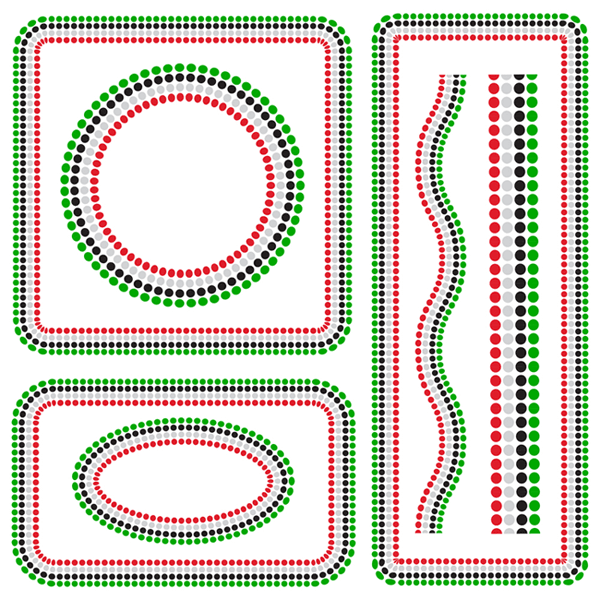